Case Dismissed: "The Case for Christ"

Lee Strobel’s book, The Case for Christ, has been getting some traction, and has even inspired a 2017 documentary. "Strobel probes with bulldog-like tenacity the evidence for the truth of biblical Christianity," said one noted reviewer (Bruce Metzger, Professor of the New Testament, Princeton Theological Seminary). But are the arguments airtight? You may be a Strobel fan, or you may seek to shoot down his conclusion. Either way, you won’t want to miss this talk!

Our guest is David Fitzgerald, author, public speaker and historian, called “one of the busiest activists in the Bay Area.” He is the author of Nailed, Jesus: Mything in Action and The Complete Heretic’s Guide to Western Religion. He also serves on the boards of the San Francisco Atheists and the San Francisco branch of the Center for Inquiry, is the director & founder of the first Atheist Film Festival, and chairs "Evolutionpalooza," San Francisco's oldest Darwin Day celebration. David previously spoke to AOF in June 2011, and to the Sac City College Secular Students in March 2015.

As an author and historical researcher, David has actively delved into the Historical Jesus question for over eighteen years. He has a degree in history and was an associate member of CSER (the former Committee for the Scientific Examination of Religion). He lectures around the world at universities, churches, and national secular events, and also speaks to religious groups. David lives in San Francisco with his wife, writer, producer, and movie actor Dana Fredsti. They have a new science-fiction trilogy, "Time Shards," from Titan books.

Agree, disagree, or be furious. You owe it to yourself to hear this rejoinder to Lee Strobel. Yet another fine event of the AOF Speaker Series. 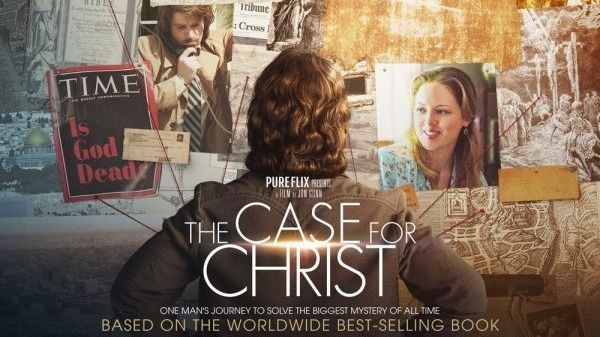 Location :  Reason Center, 1824 Tribute Rd, Suite A, Sacramento, see map
Contact :  See our Contact Page
Doors open at 1:00. Come early, help set up, or grab the best chair! The event is free, but we do welcome donations. Maybe you could even bring snacks to share.