Pamella Rivera
President
"I have traveled from deity-believer to deity-nonbeliever. Rational thinking and the scientific method are where I have been for many years.

"I have assisted in producing television shows about Freethought Day and Darwin Day for showing on Access Sacramento’s channel 17. I view it an honor to serve on the AOF Board."

Mynga Futrell
AOF Vice President, Director, Library Curator
Mynga, who has served over a decade as AOF's vice president, was one of the founders of the organization in 1993, became its president in 2002, and served as its newsletter editor for many years. After a 10-year board hiatus caregiving for her late husband, Mynga is once again ready to become more active and is now running for a voting spot in AOF, an organization very close to her heart.

Mynga's own AOF presidency was a year of forceful activism during which AOF went "all-out" celebrating its 10th anniversary (yoohoo!), invited interesting speakers from afar, carried on its highway cleanup, campus outreach and feed-the-needy programs, and implemented a brand new initiative - Sacramento's Freethought Day, which eventually grew into the current California Freethought Day. She also served over ten years as AOF's representative to Atheist Alliance International and originated the CFD educational project -"Freethought Gallery of Independent Thinkers" - which also continues to this day.

Roger Zabkie
Director at Large
"As a nearly lifelong nonbeliever I have argued in support of science and rational thought for several decades. I have also produced television shows about Freethought Day as well as Darwin Day for showing on Access Sacramento's channel 17. I would be honored to serve on the AOF Board."

He's too modist to say, but Roger is also a brilliant ballroom dancer.

Fran Evanisko
Director at Large, Newsletter Editor, Library Technician
Activist and former Cartographer and Geographer at the Bureau of Land Management, Fran joined AOF in mid-2014, has been energetic within our freethought community since 2011, endearing himself to us all with his humor, practicality, political barbs, volunteerism, humorous stories, and fabled affinity for ferrets. (We just love to say that.)

Among other duties, Fran edits the AOF newsletter, and helps manage the Freethought Library at Reason Center.

Ken Nahigian
Treasurer, Registrar, Web Lackey, Empties Wastebasket
Ken serves AOF as a director, treasurer, membership registrar, web developer & floor sweep. Joining AOF in December 1993, before it had a proper name, he became Treasurer in 1995, and Registrar (membership database keeper) in 2004. His early life was a mad-mouse ride between religious belief and skepticism. He now styles myself not as an atheist, not even an agnostic, but an apatheist. In other words, it all seems to be a lot of fuss over nothing. Let's just stop fighting.

"My vision for AOF," he says, "is to pinch pennies, sell merchandise, develop the website, and keep AOF solvent as best we can. I also hope to build bridges to the other freethought and skeptical groups in the Sacramento area, enforcing our Community of Reason. And as a freethinker and humanist, I see opportunity for cooperative action between AOF and more open-minded believers. Freethought has escaped the intellectual ghetto that held it for almost a century; the horizon is open if our hearts are open, and if we do not fear to change."

His personal story is at https://infidels.org/library/modern/testimonials-nahigian/, if you care to read it.

Kaeleigh Pontif
Director at Large
"Kaeleigh Pontif has been a Director at Large with AOF for the past 3 years. Prior to joining our group, she was the President of the Secular Student Alliance at Sacramento State University, as well as a member of the organization's National Leadership Council. For the past 5 years, Kaeleigh has also been a committee member for the local nonprofit and event we love, California Freethought Day. Kaeleigh received her BS in Environmental Studies and is a passionate advocate for environmental justice, animal rights, and secular values. Enthusiastic about helping AOF grow, she looks forward to organizing exciting and informative events with our local community of freethinkers." 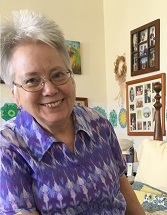 Ruth Rezos
Secretary
A spiritual humanist and fond friend of the freethought community, Ruth takes impeccible notes, or only slightly peccible, and prepares the elegant minutes of our Board Meetings. Without her we would be aimless, rudderless, and ruthless. Ouch.

Dave Flanders
Videographer, Audio/Video System Technician
"On an IQ Test, 50% of the people in the world would score below average. People of the religion of egalitarianism believe in an equal brain for all.  I don't believe that religion. And I refuse to be labeled as an oppressive white male that keeps others down."

As is evident, Dave is a laconic gent, a thoughtful mind, a man of few words. He also once wrote, "... I enjoy the freethinking side of me than the atheist side -- atheism seems so obvious. Also, I enjoy that atheistic methodology, Science." Terse and pithy. But without our Sound Technician, AOF would be a wet mess.

Kathy Warnock
Deputy Secretery, Doomsayer
"I am a retired engineer that has worked the gamut of jobs across this country in the nuclear sector. I have a B.S. in nuclear engineering and an M.S. in environmental engineering. I have one son, who is in graduate school at MIT. I was born and raised in Iowa, a Presbyterian, but never accepted the religious dogma. Upon graduation from college, at the suggestion of my college adviser I checked out the Unitarians and shortly thereafter became affiliated with them. I am currently a friend of the Unitarian Universalist Society of Sacramento and a member of the Sacramento Reason Center.

"During my gamut of employment across this great country I have 'witnessed' the sinister side of religion and how it has slithered into our legal and governing processes to such an extent that they are now the 'true terrorists.' I now believe these religious and government institutions are about to "implode" upon themselves as they will soon be shown to be nothing but liars whose only objective is to enslave the general population into their 'Reign of Terror,' to keep their military machinery running. If nothing else, I believe that it will be coming to an end during my life time. And since I am not young, it will be soon, very soon.

"As we see the coming of the end of the 'Religious Reich,' I look forward to working with the AOF Board towards transitioning to this Brave New World."

Ben Tuason
AOF Postmaster (mailings)
Ben spent his youth in the Philippines, a country deeply rooted and immersed in rabid Christianity. There he practiced architecture for some years before moving to America in the mid '80s to write pioneering software for the then-emerging personal computer. Now retired, apostatized and happily unmarried, he enjoys golf and reading and photography and spending time with his four grandchildren.

His naturalistic worldview generally aligns with the current secular/freethought/humanist movements. In Sacramento he tries to help with their objectives in whatever ways he can.

Susan McLean
Program Coordinator, Meeting Moderator
Susan McLean recently returned to Sacramento after five years in Silicon Valley. While in that crowded, expensive environment, she served for about two years as the board secretary of the Atheist Community of San Jose. Although she misses her ACSJ friends very much, she has moved permanently to the Sacramento region for its relatively affordable housing, which San Jose does not have, except for studio apartments shared among five or more adults plus their children. Cardboard boxes under freeway overpasses are forbidden in Silicon Valley.

Her academic background includes a Bachelor of Fine Arts degree, which garners no respect at all, and a Master of Science degree in mass communication, which is enough to make her over-educated (yet under-qualified) for any job whatsoever.

Actually, Susan is a grant proposal writer who can make beaucoup cash rain from the sky, but she also enjoys other nonfiction writing, online research, filing and other office work, pruning trees, pulling weeds, and cleaning litter boxes (preferably for pay). Currently the Speaker Series Coordinator for AOF, she prefers to stay out of the limelight, so declined to serve as an AOF director, and instead requested the title of mascot, flunky, lackey or toady. (But we call her sweety-pie, because she is.)

Don Knutson
Service Project Coordinator
Don, a long time member or supporter of AOF, believes strongly that logic and reason provide a deeper and more visceral connection to morality than ancient writ absorbed by a believer. And naturally, compassion for animals, disadvantaged peoples and the planet become a lifelong dedication.

Don is such a paragon of ethics, we just want to hug him and weep for our own stained souls.

Pat Kelley
Webmistress
From One Zero to Another
"I think there are 01 kinds of people.
• Zero: 0=atheist, without belief, science perspective
• One: 1=theist, with belief, magical perspective
"I am Zero in the binary code of life and, like every other 0 or 1, my life has purpose. Everything past the (-0 1+) is Ideology. Ideology: rules established by rulers to protect a purpose of life of which is not yours or mine. The quest to discover whether life en mass has purpose is unknown and unknowable, except to the individual. The individual, the person, 0 or 1, upon conception or spark of life, has purpose unknown to anyone but themselves.
The purpose of life. The basics: To live in safety, security, seek societal relatedness, status, thrive and gain personal growth. The Golden Rule was a good start establishing rules of conduct. GR served 01's for thousands of years before things started to get silly. The Good, the Bad, the Ugly Zeros and Ones concoct purpose of life ideologies to manipulate growing masses of unruly 0's and 1's.
• "My god can beat up your god"
• "My unbelief can beat up your ignorance
• “My propaganda beats your Dogma”
"Rinse-repeat, there are a lot of combinations of 0's vs 1's vs 0's vs 1's. Think Synergetics,
https://en.wikipedia.org/wiki/Synergetics_(Fuller)
https://en.wikipedia.org/wiki/Operating_Manual_for_Spaceship_Earth
https://en.wikipedia.org/wiki/World_Game
"I believe the path to societal acceptance of atheism and free thought for Zeros happens when we drop attachments to ideological restraints in much the same manner 0's insist 1's detach from make-believe sky hooks and mental crutches. Play Devil's Advocate with yourself. Ask, is this me or I-de-ologie!? I think Zeros would benefit greatly by learning how to communicate effectively. As a Toastmaster myself, I recommend Toastmasters as a good place to gain public speaking skills."

Ever nonconformist, Pat also submitted her profile in the form of a graphic.  Behold, and wonder ... 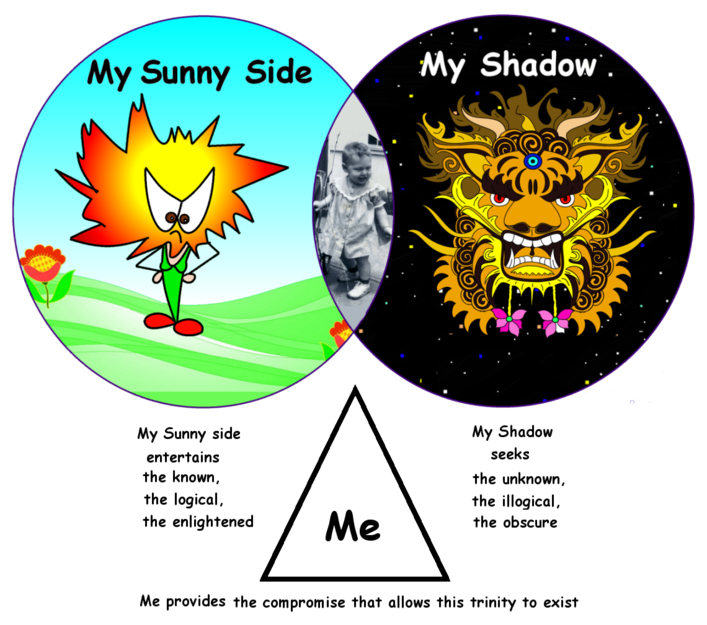